Volume 3  is more than a study of town and village at prayer and at work.

It chronicles and analyses a series of exciting developments in religion in an age often regarded as spiritually somnolent. The characterisation of the diocese of Norwich as the “Dead See” is shown in this volume to be unjust.

Religion was increasingly no longer “the cement of society”, as certain clergy liked to portray it. Fractures were opening up, fast. Nonconformity was on the rise, with unsettling consequences for social cohesion.

We learn the reasons for various tensions—both between clergyman and parishioner and within local society. In 1795 these last boiled over into civil unrest in the form of food riots in the diarist’s home area.

Life was not static but dynamic, even before the coming of the railways. Villagers and townsfolk were not cut off from outside influences. With itinerancy a part of everyday life and work, country-dwellers were on the move.

The 8 chapters, under two main headings

I.  Flames of fire

An appendix explains ecclesiastical terms. Two others give extracts from sermons published by preachers admired by Mary Hardy.

William Hardy was churchwarden at Coltishall. In the 1770s he and his family worshipped here regularly. Twenty years later the pattern of worship was different. Other churches and, increasingly, meeting houses were favoured over the home parish church

Itinerancy and sermon tasting to the fore

This part of the study has some unusual angles. Itinerancy is charted not just of the pastor but of the faithful. Congregations would routinely shun their home parish church to seek spiritual fulfilment elsewhere.

This was the path chosen by the Hardys. Every Sunday from the 1780s they went their separate ways when choosing a place of worship. Their fondness for sipping and sampling deepened from 1795, when first Wesleyan Methodism and then from 1799 Anglican Evangelicalism spread like “flames of fire”.

This was the biblical analogy adopted by Church of England and Nonconformist preachers who were conscious of driving powerful new developments.

An absence of social deference

Volume 3 is above all an examination of forces at work: as exerted by the clergy—and, even more powerfully, by their flock. Independently-minded villagers were far from overawed by their cleric.

This was very likely to be an impoverished curate hurrying between services on a Sunday. Lesser parish clergy needed to serve three or even four parishes to earn an acceptable income. Some rectors, often non-resident, paid their curates a mere £12 or £15 a year (in 1784 and even later). William Hardy’s farm servants each got between £21 and £30 (in 1797).

It is also a study of the forces of social and judicial control through such bodies as Sunday schools and quarter sessions.

The Hardys’ world was not however characterised by social deference. Their age long predated the more rigid class system of the High Victorians and Edwardians.

Tensions between parish clergy and flock

The full series of episcopal visitation returns 1784–1813, held for every parish among the Norwich diocesan records in the Norfolk Record Office, forms a superb source against which to test what the diarists tell us. Mary Hardy is hostile to her rector for his “political” sermons.

And for his part the Revd Mr Burrell, a Pittite Tory to the Hardys’ Foxite Whiggism, reports disapprovingly of her “Calvinism” to the Bishop of Norwich.

A particular flash point was the issue of private baptism. Contrary to what is often thought, parents routinely had their baby baptised within hours or a day or two of birth not because the newborn was ailing but as they thought it should be received into the Christian flock as soon as possible. Their strongly held faith drove them to this position.

Most Norfolk clergy accepted this insistence on immediate private baptism in the home. Some however, notably the Evangelicals, were equally strongly resistant to the idea as uncanonical. These sterner ministers required the new arrival to be brought to the unheated church for its public baptism with no prior ceremony.

Other factors were at work too. Parents liked to let their children accumulate before having a church christening as a costly party was expected after the ceremony. As a result those parish registers recording only the date of public baptism seem to have an undue number of twins and triplets.

Most Norfolk clergy were of the accommodating kind. They rushed round to conduct immediate baptism and entered that date in the register. As a result family historians will find that most register entries in the county at this time record a date of birth accurate to within two days.

According to the visitation returns the issue of baptism was one of the most contentious in the late eighteenth century. Haddiscoe’s fifteenth-century font is seen at the banner.

Towns and the sample market in corn

The mechanism of the sample market in corn was central to the Hardys’ business: it was the driver of the local economy. Without fail William Hardy and later his son would attend inns on market day to place orders with farmers for barley and wheat by sample. They were never self-sufficient in corn, just as they never had enough hay in this arable region.

The “unseen world” of the sample market is often neglected. Observers and tourists would comment at the time on pitched markets with their colourful stalls. Such marketing however was a world away from the wholesaler’s requirements.

Dancing in the workhouse

We become familiar with the social backdrop to the diarists’ lives:

Raven Hardy: a lawyer in training

Raven Hardy (1767–87), who died of tuberculosis aged nineteen despite devoted nursing by his mother, was articled to an attorney in North Walsham. The studious boy left home at fifteen to train under Charles Buck from 1783 until he was struck down by illness in 1786. 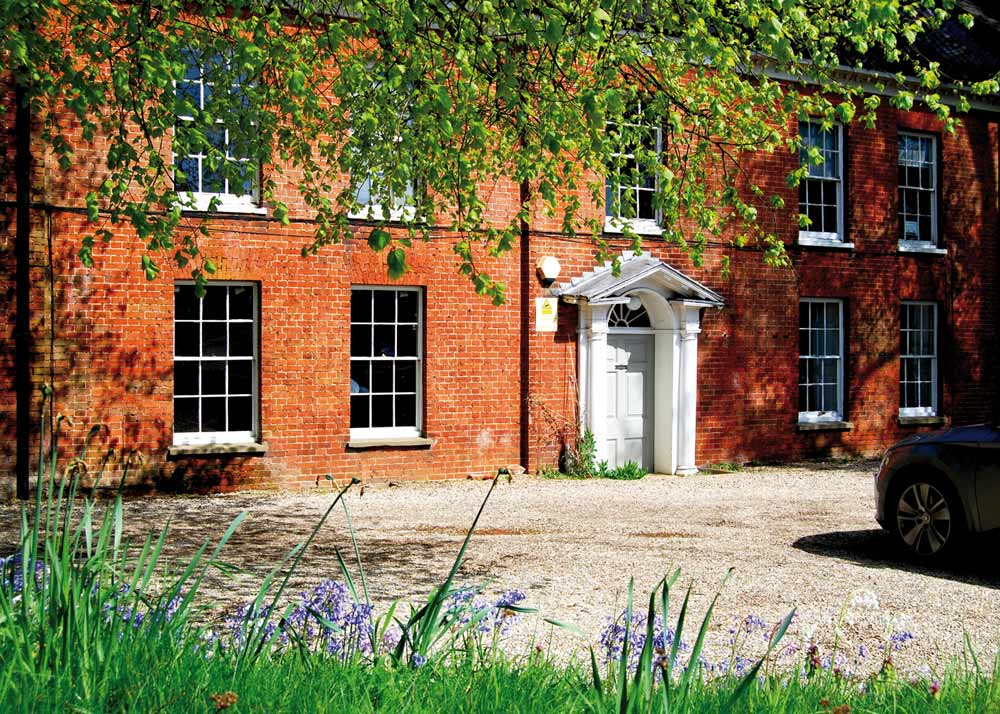 Gt Hautbois, by Coltishall Bridge. This house belonged to two attorneys, a father and son named Henry Smith. The younger lawyer, manorial steward for King’s College, Cambridge, is a frequent presence in the Coltishall diary. He may have been a role model for Raven Hardy, who at fifteen embarked on legal training at nearby North Walsham

Raven’s “precedent book” has survived in the Cozens-Hardy Collection. It contains 200 pages of legal templates carefully written in his own hand in a great vellum-covered ledger like the ones used by his mother for her diary. When these are read alongside Mary Hardy’s entries about her beloved Raven we get a taste of what it was like to be an articled clerk in the 1780s.

The soldiers marched through our town to Sharrington and set a guard over the flour  (Mary Hardy, 1795)

This title is available through selected bookshops.

You can also  buy through
www.Amazon.co.uk/

You can post us a direct payment by cheque

We use cookies to ensure that we give you the best experience on our website. If you continue to use this site we will assume that you are happy with it.Ok